A downloadable game for Windows

In the wake of a terrible war, a parallel world is led by groups of what we know as YouTubers (i.e. Markiplier, Vanoss, etc).  There are two major factions: The Achievement Alliance sticks fast to the medieval world that once was, while the Moon Owl Syndicate pushes for modern progress and technology.  A dispute over whose methods are better for the world in the distant future has sparked an erratic war, fought by both remnants of the old world and their descendants.

But an outside faction threatens this surprisingly post-apocalyptic realm, targeting both sides of a world war in progress in a bid to take everything for themselves.  What better way to deal with an outside threat than with an outside solution in the form of a group of adventurers who happen to stumble upon what is seemingly a random group of mercenaries in a ruined tower of days long gone?

Take control of original character Selesca Auleokas and her friends as they get involved in a war that threatens not just their world, but possibly others as well, including that which lies beyond the fourth wall!

Any and all help and suggestions are appreciated! Also looking for spriters willing to work with MV's default chibi style sprites!

If anything out of the ordinary that seems like it shouldn't be happening pops up, let me know in the comments or via Twitter (https://twitter.com/DangZerglings).  Tumblr link removed because the site has become even MORE of a dumpster fire than ever and is steadily becoming more and more deserving of many negative connotations associated with it.

NOTE: The current version of the game SHOULD be the bottom-most one, bar the Gaiden Episodes download.

NOTE for version Rin: I have no idea why, but it's uploading under the "Uzuki" version name.  It is NOT the Uzuki version, I'm not exactly sure what's going on.  Hopefully it's just some weird glitch with itch.io or the filename or whatever...

Speaking of weird glitches, too, someone pointed out to me that there's an error right in the first dungeon of the game.  Check the changelogs for info on how to fix that.

For some reason, the game suddenly closes while I'm playing.

Itch app?  Honestly, I've never heard of that... When exporting projects from RPG.Maker MV (or any version of RPG Maker, for that matter), it makes it's own .exe file.  But never fear, I hope to get the next version out within the next few days.

Like... does it crap out on you while playing, or does it not open properly in the first place?

The game opens fine, just that it suddenly crashes on me during the game and I lose my progress.

Hmm... when running the game on my end, I never seem to have any issues.  Is there a particular spot in the game that keeps crapping out on you?  That might be something that I've fixed in the current version that may still be an issue in version Severa.

It just craps out whenever. It's possible that it could just be a problem with my computer being shitty.

That is also true.  My machine at the time of this posting is relatively high-end, to be fair, so I can only assume it's something about CPU processing or RAM usage or whatever.

Version Severa of the game is up and running, including Episode 2 out of X and some other various fixes.

New version finally posted. x.x  Probably still laden with odd bugs, but this is what feedback is for, you figure.

People who liked this game, rejoice!  The new version will be out within the hour!

This is gonna take a while, 'cause I keep finding errors in the game, starting from the beginning.  I swear, I'm putting the right switches on...

whens the full game coming out

That's actually a very good question.  I'm working on the next version right now, which aims to wrap up the first numbered episode out of... frick, I wanna say, six?  I dunno.  Either way, at the rate that I've been going, it might be a while yet.  But I do plan to finish!  Just... maybe not in the timeliest of manners.

its still a good game do you plan to make more

More games or more content for YT Fates?  I think, for the most part, I'll focus on putting big, BIG things in YTF and keep smaller, more self-contained stories in little Gaiden Games such as the one that's already up.

is it ok if i make a vid of the game when its fully relese. i like to know if its ok before i rec. any games.

You can make a preview video once I get the next version out. :o  That's fine with me.  My own YT channel (also called zergvsgenin) is... pretty lacking in current content at the moment, but it definitely exists. 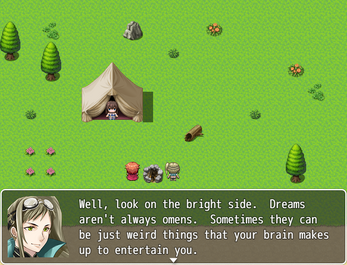 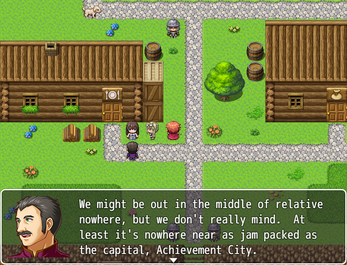 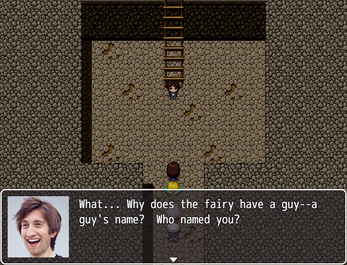 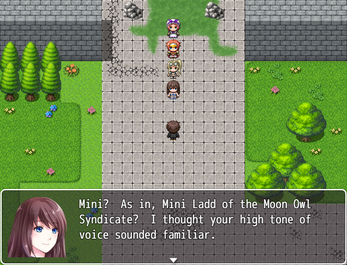 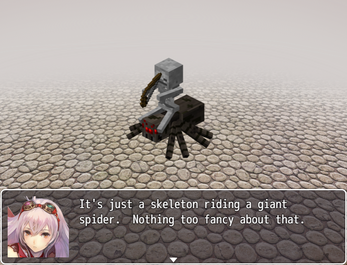 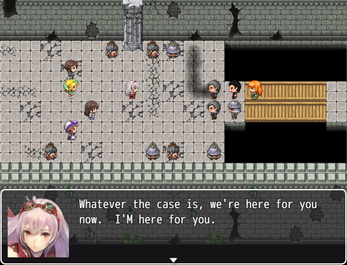 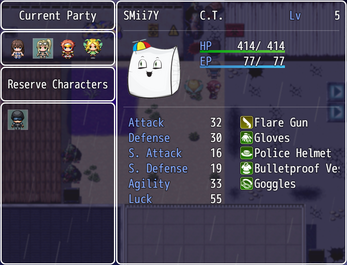